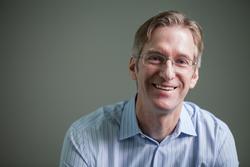 Yesterday, Judge Souede ordered Mayor Wheeler to produce records in the case of Tyler Bechtel vs. City of Portland and Mayor Wheeler.

It was another hard-fought battle.  Ultimately, Mayor Wheeler broke the law by withholding records.  Here’s a copy of the order, and here’s the Oregonian article on it.

My take on what we learned from Mr. Bechtel’s investigation is when it comes to homeless shelters, Mayor Wheeler and the Joint office of Homeless Services do not want input from the public other than, “I agree:”  No suggestions on how to do it better and certainly no contrary voices.  In court, avoiding “a successful protest” was among the reasons they put forth for secrecy.  Portland citizens can expect more guerilla tactics of backroom decisions, announcing done deals, and then “show hearings.”

Government by ambush.  Mr. Bechtel discovered the authorities had already selected the property and had deal points in hand by October, 2017.  However, authorities waited until school vacation, middle of Hanukkah and days before Christmas before offering the public a look-see at the idea.  Why did they wait to disclose it?  To minimize the number of people to whom they would have to pretend to listen?  The SE Foster shelter was a fait accompli prior to any public input.

The landlord owner is Winson International LLC, a business entity that did not exist before January, 2018.  Who is behind that new entity is not clear.  We do know the county agreed to pay $2 million to lease the property.

Citizens have good ideas that could have been shared.  Why rent for $2 million when the county could condemn / purchase the building?  Who will get priority to have a bed:  Veterans?  Recently evicted?  Portlanders?  Oregonians?  Will there be addiction services?  What about budgeting for “clean and safe” workers to keep the immediate vicinity a bit cleaner and safer — hoping workers will find needles before children?

Regardless of the value of the information the court ordered produced (we have yet to see it),  Mr. Bechtel’s public records requests uncovered a process that disrespects the people who really care.  250 – 300 people showed up for that December 2017 meeting despite Hanukkah, Christmas and school break.

©2018 by Merrick Law, LLC and Jeff Merrick. The above is not intended as legal advice. It is for general information purposes only. Reading it or attempting to contact me does not mean I am your attorney. I only represent people after we sign a written contract.