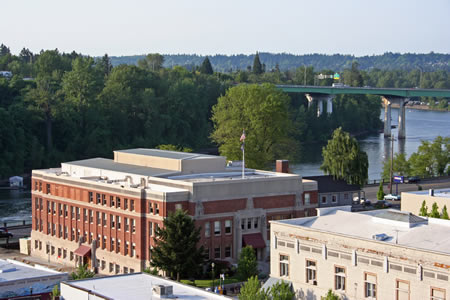 The Bialostosky v. Teri Cummings public records case is a misfire, not a precedent

A writing in the possession of an elected official that contains information relating to the conduct of the public’s business is a “public record.”  Period.  Journalists are dismayed at a ruling that seems contrary to this law.  Never fear.  The trial court order in Bialostosky v. Teri Cummings is not a valid precedent because the well-meaning teenager who presented the case did not give the trial judge the record he needed to rule correctly.

The law is clear.

The allegations and argument were faulty.

The people of West Linn elected Theresa Cummings to serve as a city councilor.  She kept notes during public meetings, allegedly relating to the conduct of the public’s business.  Mr. Bialostosky asked the  City of West Linn to produce her notebook.  “They are not our records,” said the city.

Then, Mr. Bialostosky requested the notes directly from Councilor Cummings, and she did not provide them.

Mr. Bialostosky sued.  In every lawsuit, the Complaint defines the issues on which the court may provide relief.  The Amended Complaint asked the court to declare “that Ms. Cummings as an elected official is a public body who is subject to Oregon Public Records Laws[.] (Para. 17).  At argument Mr. Bialostosky “conceded” that the definition of “public body” was “critical to his assertion that the notebook is a ‘public record.’”

This case is not a precedent for a properly presented case.

First, unlike appellate opinions, trial court opinions are not binding on any future trial court.

Second, the problem with Bialostosky v. Cummings as a precedent is that Councilor Cummings did not need to be a public body.  Oregon’s Public Records Law provides a two-track appeals system, one for elected officials and another for public bodies. This case confused the two tracks.

Third, although Judge Breithaupt’s holding may have been a proper resolution of the flawed case in front of him, the holding is WRONG as a statement of general law. He held, “the notebook was not, as required by the definition contained in ORS 192.311(5)(a), ‘prepared, owned, used or retained by the public body.’”

The law, divorced from the specific and flawed record of this case, does not require the record be prepared, owned, used or retained by the public body.  The definition follows:

192.311(5)(a) “Public record” includes any writing that contains information relating to the conduct of the public’s business, including but not limited to court records, mortgages, and deed records, prepared, owned, used or retained by a public body regardless of physical form or characteristics.

(b) “Public record” does not include any writing that does not relate to the conduct of the public’s business and that is contained on a privately owned computer.

The plain language does not “require” the documents be “used or retained by the public body.” That is merely one example of records that “contain information relating to the conduct of the public’s business.”

Other records – including those in the hands of elected officials – that contain information relating to the conduct of the public’s business may be public records subject to disclosure to any person.

THAT is the law.

Helping people with claims against government, including public records.