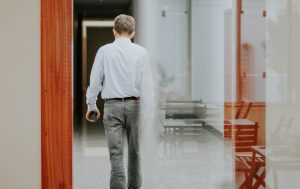 This post covers the following Oregon employment termination law topics, among others:

WARNING AND DISCLAIMER: This article is no substitute for legal advice, and it is insufficient to understand your rights and obligations.

Q:  I was fired.  When must employer pay my final wages?

A: By the end of the first business day after the discharge or termination.[1]

Q:  I quit. When must employer pay my final paycheck?

If you gave 48 hours’ notice (not counting weekends or holidays), then wages are due when you walk out the door.

If you did not give notice, then wages due (a) within five days (not counting weekends or holidays) or (b) on the next regular payday, whichever is sooner.

Q:  My employer and I mutually agreed I would leave. When is my final paycheck due?

A:  By the end of the first business day after the discharge or termination.

Q:  What if the final paycheck is late?

A:  Depends. There can be a penalty of 8 hours’ wages per day until paid up to 30 days’ of pay.  Usually, if the employer has the money to pay and does not pay, that amounts to a “willful” violation, which triggers the penalty.

Here’s what Oregon courts have said:

“‘willful,’ as ordinarily used in courts of law, does not necessarily imply anything blamable, or any malice or wrong toward the other party, or perverseness or moral delinquency, but merely that thing done or omitted to be done was done or omitted intentionally. It amounts to nothing more than this: That the person knows what he is doing, intends to do what he is doing, and is a free agent.”[2]

The penalty does not require evidence that the employer was trying to screw the employee.  “Good faith” or “bad faith” of the employer is irrelevant.[3]  Even when employers have made honest mistakes, the courts have imposed the penalty of continuing wages.

For example, in one case, the law changed, and the employer did not realize it owed more money to the employee.[4]  Nevertheless, the court said ignorance is no excuse and penalized the employer for a “willful” failure to pay on time.

In another case, the employer honestly believed it could deduct $91.26 from a paycheck.  But the court imposed the penalty for not paying all of the wages.[5]  In yet another case, the state could not pay on time because of bureaucratic processing issues.  Sorry, said the court, employer must pay the penalty for a “willful” violation;  It had the money but did not pay.[6]

So, for employers, better to pay on time, even if they think they have legitimate deductions and offsets because, if the employer is wrong, then it will have to pay penalties, which can include court costs and attorney fees if the employee sues.

Q:  Why is the law so strict against employers?

A:  The law assumes that a fired worker REALLY needs the money now and wants to discourage any game playing by the employer. One court articulated the goal as follows:

“to aid an employee in the prompt collection of compensation due him and to discourage an employer from using a position of economic superiority as a lever to dissuade and employee from promptly collecting his agreed compensation.”[7]

Q:  What about vacation pay or paid time off (PTO)?

A:  Everything that is earned must be paid.

“Wages” means “all compensation for performance of service by an employee.”[8] Vacation pay, paid time off, MIGHT be due.  It all depends on the employment contract or policies.  Some policies, for example, say employees do not get vacation pay until they have worked for one full year.  So, if they are fired in month number 11, sorry.  Other policies might say the employee earns PTO one day per month, which might need to be paid.  Some policies say, in effect, there is no cash value to time off – it really is only time off.  So, the employer must only pay what is actually earned and payable at the time of the termination according to the employment contract or policies.

Q.  Must sales commissions be paid at termination?

A.  If they are earned at the time of discharge, then yes.

If you have legal questions about your termination, feel free to contact me with them.  If I think I can be of assistance, I will let you know.

Good luck as you work through your big transition.